The Grammy Award winners will be announced on Thursday November 20th, 2014, in Las Vegas. Nick Wickham and Emer Patten will travel to the USA to attend the prestigious event. 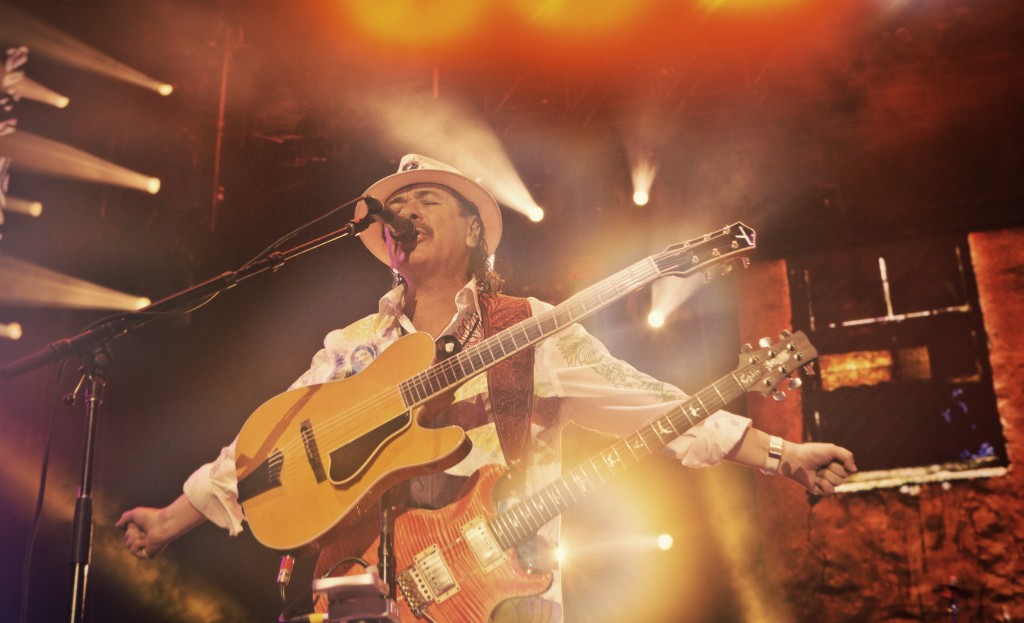 This the second time that Nick Wickham and Emer Patten have received a Latin Grammy nomination, having been nominated in 2012 for their work with Shakira “En Vivo Desde Paris (Live From Paris)” also in the Best Long Form Video category. Their work with Shakira was one of several collaborations with Sony Music and the Columbian megastar and followed the past, platinum selling “Shakira: Oral Fixation Tour” (2006).

Initially Splinter’s film was created for the first ever simulcast between HBO Latino and HBO Latin America, reaching a potential Latino audience of over 200 million viewers.

Dublin-born DCU graduate, Emer Patten said: “It really is an honour for our film to be recognised with this Latin Grammy nomination. It was such a pleasure to work with Carlos Santana, who is genuinely an absolute legend. The music we got to work with was superb and it was a huge privilege to capture the musical performances with the guest artists; and also to collect their thoughts and feelings about working with the Maestro Santana. We hope that all that love and respect comes across in our film, as that was fully our intention.”

“It was also wonderful to be able to shoot the film in stunning locations in Puerto Vallarta and Nayarit in Mexico – very close to where Carlos Santana was born. It formed a naturally beautiful physical and cultural backdrop to our story.”

Splinter Films continue to push the boundaries in a niche market and they are currently in post-production on a music feature documentary for the Chinese market for cinema release in Autumn 2015.

Notes:
– More information and examples of Splinter Films’ work can be found their website. http://www.splinterfilms.com

Video: (not for publication, for reference only) http://splinterfilms.spotbox.tv/1747/

One Island – One Health, All Ireland Veterinary Conference

“Outbreaks such as Avian Influenza, SARS and BSE remind us that human and animal health are intimately connected through the ecosystems in which we live and the interfaces between humans and animals,” according to James Casey, President of the Veterinary Officer’s Association.   He was announcing details of an All-Ireland Veterinary conference entitled “One Island – One Health’ taking place 30th & 31st March 2012, for those involved in maintaining both human and animal health as well as food standards.

“The island of Ireland, North and South, has a shared interest in protecting consumer health and also in ensuring that our excellent reputation for food quality is maintained,” said Mr. Casey.   “We need collaboration as well as strong and stable public health and animal health services and strategies.”

“The state veterinarians play a central role in animal disease surveillance, in responding quickly to disease threats and in maintaining the food safety standards that ensure consumers can have confidence in the standards of food here, at home – but also in our valuable export markets,” said Mr. Casey.  “Together with medical professionals we must work to prevent and respond to diseases that are risks to both animal and human health”. 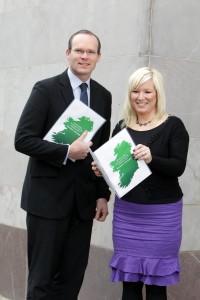 Face of The Dragon’s Den at Bayer CropScience Conference

Business journalist Richard Curran (left) Sunday Business Post and well known for his role as presenter of programmes such as The Dragon’s Den, was guest speaker at a conference organised by Bayer CropScience in Killenard, Co. Laois (February 2012). 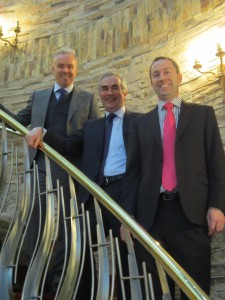 “Milk it For All it’s Worth” Sports Nutrition Seminar

Basketball Ireland in conjunction with The National Dairy Council (NDC) held a Nutrition & Coaching Seminar for coaches at the National Basketball Arena, Tallaght (18th February 2012), as part of the Milk it For All It’s Worth Campaign.

Dr. Tom Hill, Senior Lecturer in Nutrition Newcastle University led an interactive discussion, supported by the nutritional team from The National Dairy Council. Dr. Hill has extensive experience of working on diet and nutrition issues with players, athletes and teams across a variety of sports, ranging from soccer to rowing.

The NDC interest is fuelled by the growing body of scientific research showing milk can play a very positive role in a number of aspects of sports nutrition. Specific areas of focus include the effectiveness of skimmed milk as a re-hydration drink after sports, in addition to research highlighting the beneficial role of milk and milk-based products in recovery from exercise-induced muscle damage. The beneficial role of milk in these areas has been attributed to the natural nutritional composition of milk (details at www.ndc.ie ). 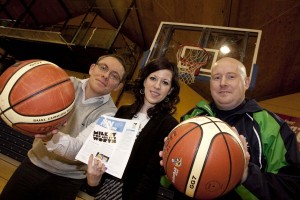 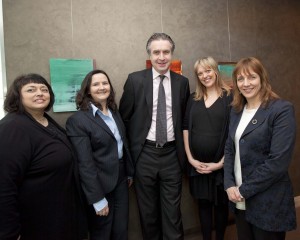 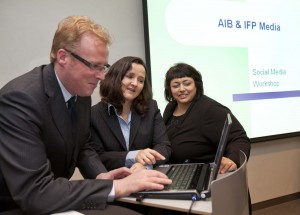 An interactive workshop to provide coaches of young rugby players with up-to-date sports nutritional information took place in Thomond Park Stadium in Limerick on 18th January 2012.  Organised jointly by the IRFU & The National Dairy Council as part of the Milk it For All It’s Worth campaign, it set out to up-skill coaches working with players ranging from about 12 – 16 years of age, providing practical nutritional advice which can help to improve sports performance to the best of each young person’s ability.  Performance Nutritionists, who work with professional rugby players and understand the nutrition demands specifically for rugby, delivered the technical content of the workshop. 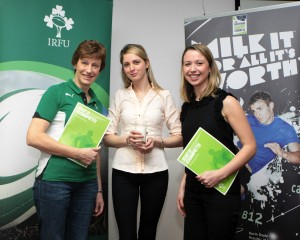 The overall winners of the 2011 National Dairy Council Quality Milk Awards are Michael & Thomas Enright from Ballynorth, Askeaton, Co Limerick. The Enrights, suppliers of milk to Kerry Agribusiness, received the NDC perpetual cup and prize at the national awards ceremony in Dublin’s RDS. 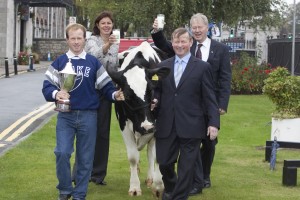 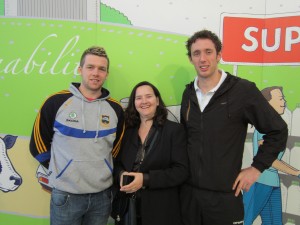 Posted in Progress PR | Comments Off on All Ireland Hurlers

Leading Irish sports heroes were at the National Dairy Council stand each day of the 2011 National Ploughing Championships in Athy, Co Kildare.  They shared their top tips for training and talked about the role diet can play to help people of all ages, and all levels, interested in sport or keeping fit.

Champion athlete Derval O’Rourke attended on the first day of the Ploughing, discussing her preparations for the 2012 Olympic Games and top tips – and also shooting some fun basketball hoops to raise funds in aid of Focus Ireland. 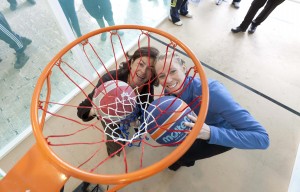 The NDC interest in sport is fuelled by the growing body of scientific research showing that milk can play a very positive role in sports nutrition. Specific areas of focus include hydration and muscle recovery, and the beneficial role of milk in these areas has been attributed to the natural nutritional composition of milk.